A special report by Mr X.

Five die at Camber Sands on hottest day of the year!

Isn’t it incredible that five fit and health young men, could all die along the same stretch of beach at Camber Sands? 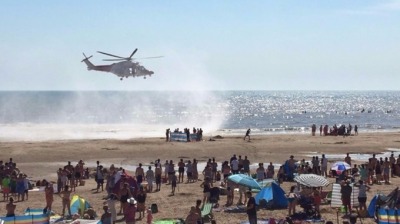 Camber Sands has been visited by sun seekers for a hundred years and then all of a sudden, six fit and healthy young men die with-in a few weeks of each other.

Five friends from London and a 19 year old Brazilian man…

Something fishy is going on and I don’t believe the official story one bit.

But I just can’t work it out?

There are many absolute truths in life. Truths like:

Its also an absolute truth that fit young men DO NOT die at Camber Sands because of strong rip tides and dangerous quick sand.

Its an insult to my intelligence that the likes of Sussex Police and Katy Bourne are telling us otherwise.

But for the first time ever I’m flummoxed! – Someone has got to be lying, somewhere along the supply chain.

Hundreds of mourners attended the funeral of the five young friends who died during a day trip to Camber Sands; Are they lying? 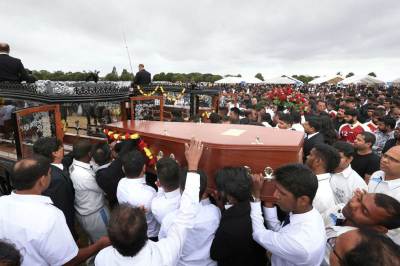 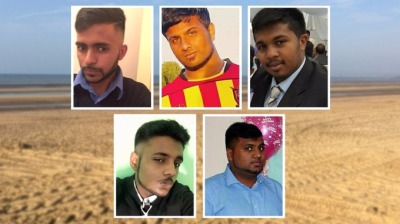 The very fact that so many mourners, friends and family turned up for the funeral, blows away my contention that the lads were refugees fleeing to the British shores. 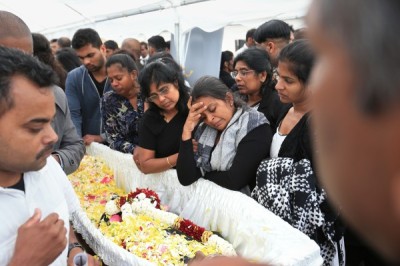 But still, I cannot see how six fit young men could die in the safe and death free sea off Camber Sands…

The 19-year-old Brazilian man, Gustavo Silva Da Cruz who died the week before the five lads from South London, was the only fatality of a group of three men who got into difficultly that day. The lucky two men who survived had no links with the Brazilian man.

We know Sussex Police have been known to cover-up false flag events before because of a FOI request in connection to the Shoreham Air-show crash, (which anniversary was about the same as the Camber Sand tragedy a year on.)

Nationally renowned conspiracy researcher Chris Spivey caused up-roar when he said, “The Shoreham plane crash is without doubt the most easily pulled apart government hoax that I have investigated to date.”

Sussex Police were asked whether they would comment and answer whether they had investigated Chris Spivey’s claim, only for them to reply:

Why on Earth would Sussex Police not want to quash claims that the Shoreham Air-show crash was a false-flag event?

Sussex Police continue, “Confirmation that information is held would prejudice how investigations are carried out in the future by revealing details of investigative activity.”

When ufo researchers Richard Lennie and John Walson notified Sussex Police that a ufo caused the Shoreham airshow crash, Sussex Police were said to be “very grateful” for the information.

But it would appear they aren’t so forth-coming in discussing anything to do with allegations of covering up a false flag event, of which Chris Spivey is so renowned for uncovering.

For a moment I toyed with the crazy idea that the five Tamil loving loyalists from South East London, travelled down to Camber Sand’s to commit a terrorist atrocity.

Just imagine the carnage and publicity? On the hottest day of the year, with thousands of jam packed sun-seekers on the beaches, five bombs explode killing hundreds and injuring many more… In today’s political/terrorist climate it could so easily happen.

My first thought was that the bombing mission had gone terribly wrong and that the five friends had either committed suicide together in a suicide pack, or died in the process of planting the bombs, which evidently never exploded.

It just goes to prove what an over-active mind I’ve got….

I now think the more likely answer is that the six men were refugees, coming to England for a better life, just as we’ve watched thousands fleeing to the Mediterranean from war torn Syria over the Summer.

After-all the Daily Express ran an article on the 30th May 2016 with the headline:

BRITAIN is at risk of having a massive migrant crisis like the Mediterranean, experts have warned after a boat of migrants was rescued from the English Channel.

Already this summer the UK’s Border Force rescued 19 people in the English Channel. A group of 18 Albanian migrants were among 20 people rescued from the English Channel just yards from Kent after their inflatable boat started sinking. The group, which included two children and a woman, was within striking distance of British shores when a call for help was made to the UK Coastguard.

Along the same stretch of coast between Dungeness, Dymchurch and Littlestone, rigid inflatable boats (RIB) have been found laden with refugees. 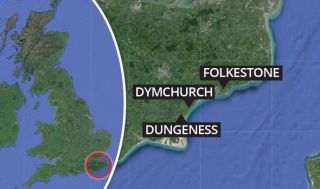 Considering no-one has died from quick-sand or rip-tides off Camber Sand’s in recent history, the more likely reason for six fit and healthy young men to be washed up to shore, is that they drowned out at sea, having fallen off a RIB’s coming into shore.

Let’s not forget that the English Channel is just 20.6 miles at its shortest distance between France and the Kent coast. The kind of migrant boat tragedies seen in the Mediterranean Sea could happen in the Channel, and may well have already happened but is being covered up by a government used to covering up bad news.

The last thing PM Theresa May wants splashed across the newspaper headlines, is that desperate refugees are being washed up dead on our British shores. 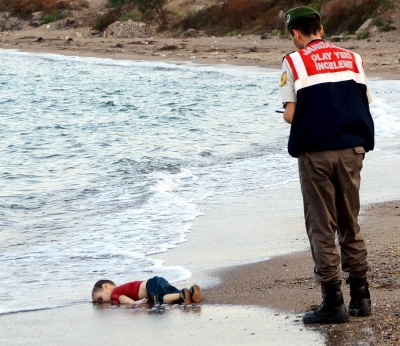 With security at the Channel Tunnel and on board ferries and lorries beefed up, its only logical that the people smugglers are resorting to RIB’s to ferry their cargo into Britain.

The President of the French coastguard, Bernard Barron, said: “It’s starting to become a very similar situation to that seen in the Mediterranean and my biggest fear is that the same kind of tragedies we see in Greece or Italy will start to repeat in the Channel.”

It would appear that the Camber Sand’s tragedy is the first sign of the above warning coming true.

Perhaps Mak knows something about it. (An extract from a POF conversation)

Is David Noakes a Bogus Man?