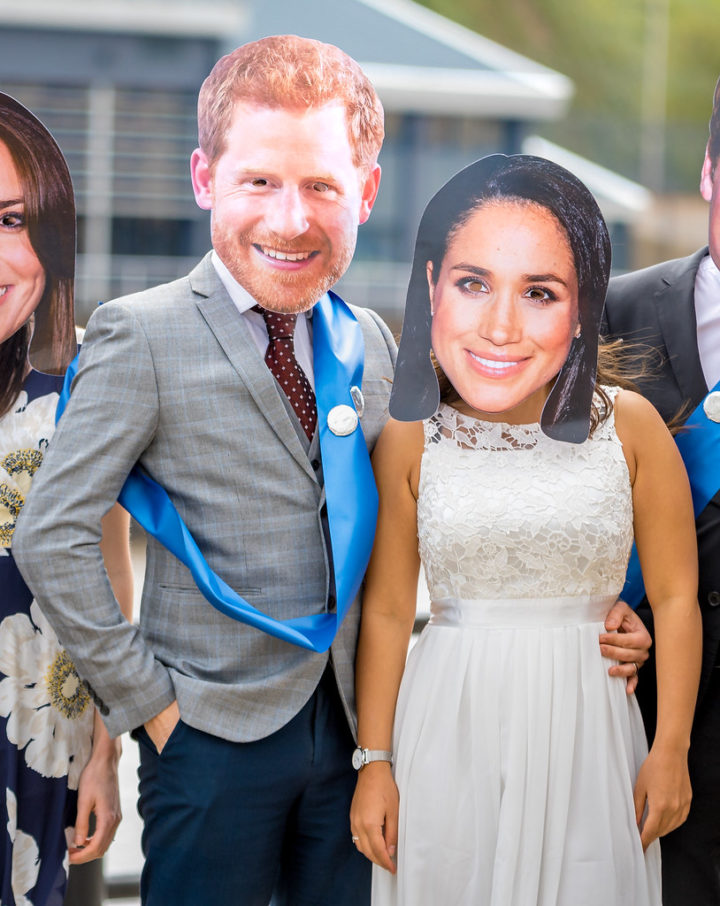 Have you heard the one about the Meghan Markle conspiracy theory?

In a world of terrorism, cyber-bullying, harassment and stalking, the bounds of human depravity knows no end.

Take for example the most recent and grievous stories on the Alternative Media, claiming Meghan Markle’s baby is nothing more a prosthetic dummy.

The serious constitutional questions arising in the likelihood of our most beloved and longest reigning Monarch, posing before the nation with a doll, is profoundly mind-blowing.

So here for your information and entertainment, are the most recent conspiracy theories about Meghan Markle.

Number One – She Faked her Pregnancy

Leading the charge that Meghan Markle faked her pregnancy, is an American woman called ‘Ashley’, who runs a YouTube channel called ‘DanjA zonE,’ with over 33,500 subscribers.

“Hey you guys, welcome to the DanjA zonE, its Ashley, lots of love and many blessings coming your way.”

Urging everybody to do their own research, DanjA zonE attracts hundreds of thousands of hits, ridiculing Meghan Markle’s pregnancy from its early days.

Claiming everything in her videos were found on a public domain, Ashley was one of the first royal commentators to accuse Meghan of wearing a prosthetic bump.

DanjA zonE has published over 200 videos calling into question the truth about Meghan’s pregnancy.

Number Two – There are no signatures on the Birth Announcement

Traditional to include the doctor’s and a witness signature on any royal announcement of birth; this never happened with the announcement of baby Archie, and has only put more fuel to the fire of the conspiracy bonfire..

The omission of the traditional signature, has caused uproar across the conspiracy community,  validating their claim, that no one wants to be associated with this insidious fake pregnancy being perpetrated against the world.

Leading this particular conspiracy is Chris Spivey, a well-known conspiracy theorist and leading critic of the Royal family, who contends the single picture presented to the world of Prince Philip and Queen Elizabeth II meeting baby Archie, with Meghan and Harry, is photoshopped. He points out a number of inconsistencies, including the misalignment of the picture frame in the background.

The surrogate mother who carried baby Archie, wants more money. The deal has changed and the surrogate mother, (spotted waiting outside Westminster Abbey on Commonwealth Day Service in March 2019,) wants more for the final exchange and is the reason why the baby hasn’t been handed over.

According to Chris Spivey, the leading conspiracy theorist in Romford, Essex, Meghan Markle is a fictional character created by MI5 for their own nefarious and secret needs.

Chris Spivey has written a book about this called ‘Meghan Markle Exposed,’ which is available in print and eBook from amazon.co.uk.

While it’s public knowledge that the third-in-line to the British Royal Throne, Prince George’s nickname within the royal family is Archie. Insidious conspiracy theorists are cruelly claiming Meghan Markle called her baby ‘Archie’, to spite Princess Kate and her first-born child.

Conspiracy theorists claim the reason why Prince William and Kate haven’t met baby Archie, is because they don’t want to be associated with the fake pregnancy scandal, which (they believe) is about to soon break in the mainstream media.

The same seems appear for Grandparents Prince Charles and Camilla. It’s alleged that the reason the closest family members of the Windsor Royal family haven’t met baby Archie, is because baby Archie isn’t real and furthermore, they don’t want to be associated with a scandal, which they believe is about to become common knowledge across the world.

Harry’s awkward interview, where he addressed the world following his son’s birth; coming across as over excited, distracted, incoherent, and laughing nervously throughout.

At 3:02 a.m. on the 6th of May, the Kensington Palace Twitter account posted a public announcement stating the “Duke and Duchess of Sussex used the services of a surrogate. We apologise for any misunderstanding.” Conspiracy theorists say this is the final proof that proves Meghan Markle faked her pregnancy.

And one for Luck – Where did Meghan’s Mother, Doria Ragland come from?

Living in a digital world in which every moment in time and history, is likely to be recorded on a mobile phone camera, conspiracy theorists point out the lack of footage, of Meghan’s mother, Doria Ragland, coming into the country and making her way to the heart of the British royal family.

Adding weight to Chris Spivey’s claim that the one and only photo of baby Archie meeting his family is a fake; the lack of evidence of Doria’s arrival into Britain, simply adds further circumstantial evidence, that the conspiracy theorists are right, and that everything we know to be true, is nothing but a lie, to keep us all subdued, and compliant to a New World Order insidious agenda, of reducing the world’s population to a more manageable number of 500,000,000.

In a world where it’s hard enough trying to differentiate between facts and lies, conspiracy theorists don’t make it easy.

Who’s crazy here, the conspiracy theorists for entertaining such crazy notions that the royal family would intentionally lie to the nation on such an immense scale; or the Royal family, to continually endure such ridiculous speculation, from a population, who are meant to be educated and sane enough to know the difference between fact and fantasy?

Isn’t it time to bring back the Queen’s Royal Right, to chop of the heads, of anyone who commits treason against her royal realm.

In this day and age of slander, libel and malicious communications, there is certainly nothing more treasonous, than accusing the Windsor Royal family of presenting a fake baby to the world. 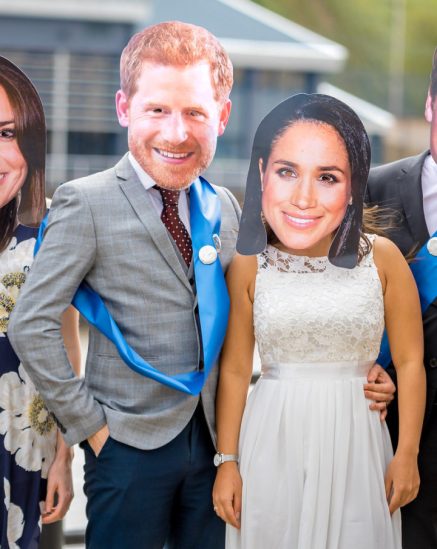 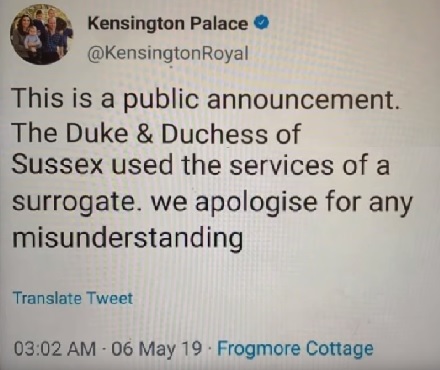