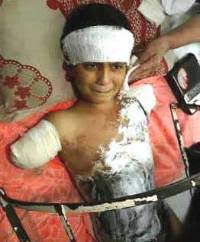 The British Army have been accredited with a world record for killing just one civilian, after killing more than 4,000 Islamic State fighters in air strikes in Iraq and Syria.

Following a Freedom of Information request, the British Army admitted to causing just one civilian death in four and a half years of bombing; whilst during the same period, the US-led military coalition, admitted to unintentionally killing 1,190 civilians since the bombing campaign began.

The Ministry of Defence estimates that RAF bombing killed 2,994 enemy fighters in Iraq and 1,019 in Syria in the campaign against IS between September 2014 and January 2019.

The RAF’s claim of a ratio of one civilian casualty against 4,315 enemies must be a world record in modern conflict.

Iain Overton, executive director of AOAV, said of the findings: “The RAF’s claim of a ratio of one civilian casualty against 4,315 enemies must be a world record in modern conflict.”

“Yet few conflict experts believe this to be true.”

The MoD has admitted to just one civilian death, a position which has been called into question by the Action on Armed Violence (AOAV) charity, which stressed it would be a “world record” if so many hundreds of strikes only led to one non-combatant casualty.

In total, 93% of the 4,315 IS fighters targeted by Britain were killed, with just 302 surviving RAF strikes with injuries.

Strikes from RAF Typhoon jets killed and wounded 37% of the targets, Tornados 31% and Reaper drones 32%.

The MoD has counted around 60 allegations that RAF strikes killed civilians since operations began but discounted UK involvement in all but seven incidents, in which “there is not enough information in the evidence provided to make an accurate assessment of where the incidents took place”.

It means the British government has only admitted to killing one civilian, in a Reaper drone strike on three suspected IS fighters on March 26 2018.

“It’s also a question of transparency.”

In responses to FOI requests from the charity, the MoD said: “Information concerning enemy killed and wounded in action is based on the best available post-strike analysis.”

“This information, however, is only given as an estimate as the UK is not in a position to visit airstrike sites inside Syria and verify the facts.”

It went on: “It is important to note that we can’t completely eliminate the risk of civilian casualties but we carefully mitigate that risk through strict targeting procedures.”

“All weapons releases by RAF aircraft are conducted in strict accordance with the law of armed conflict and rigorous rules of engagement, incorporating estimates to minimise the chance of civilian casualties and damage to civilian infrastructure.”

“Furthermore, after every British strike, the MoD conducts an assessment of its effectiveness, including whether or not the objective of the strike has been met.”

“This assessment includes checks to see whether there are likely to have been civilian casualties.”

“In the event that there is any evidence at all, a further investigation is undertaken.”